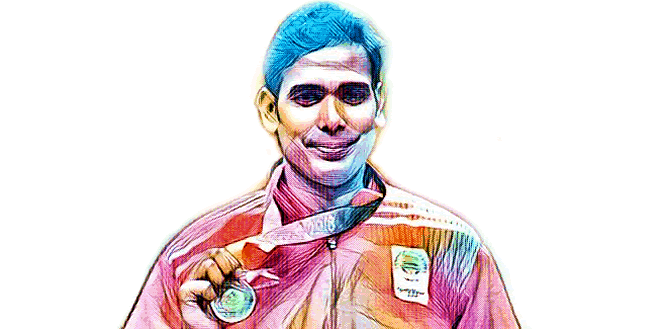 Achanta Sharath Kamal — A venerated tennis player of India, Achanta Sharath Kamal became the toast of the nation after the 2006 Commonwealth Games in Melbourne. In his short career span, Kamal has a lot of firsts to his credit. He was the person who gave India its first ever individual gold medal at Melbourne Commonwealth Games. Incidentally, Sharath is the only Indian Men’s Table Tennis player to be selected for the Beijing Olympics. He is also the first Indian player to bag the title in Pyongyong Invitational Tournament. Apart from being a competent and skilled tennis player, Kamal also proved his worth as an engineer as he was employed with the Indian Oil Corporation in 2004. To get detailed information about the early life and career of Achanta Sharath Kamal, browse through the following lines.

Achanta Sharath Kamal was born on July 12, 1982 in Tamil Nadu, India and hails from a Telugu speaking family. An alumnus of PSBB Nungambakkam School, he completed his graduation from Loyola College, Chennai. Kamal, boasting of a natural tendency to play the game was keenly devoted to it as well. Ever since his debut in 2003 striking gold, there has been no looking back for this ace player. Sharath Kamal showed glimpse of his abundant talent, when burst into the State senior scene winning all the Tamil Nadu State-ranking titles at stake. He won his maiden National Championship in 2003.

Kamal’s sheer enthusiasm and passion for the game was much prevalent, as he reached the height of success at an early stage of his life. In 2004, Kamal won the men’s singles gold in the 16th Commonwealth table tennis championship held at Kuala Lumpur. Though Indian players had reached the final on three occasions previously, it was Sharath Kamal who became the first to deliver the knockout punch. He also captained the Indian men’s team on roads of victory, as it was during the same championship that India defeated favorites and nine-time champions England. In the same year, this ace player represented India in the 2004 Olympics in Athens and had been the India No. 1 for four years thence.

In 2004, Kamal was conferred with Arjuna Award, one of the highest civilian awards, in India. As if this were not enough, the 2006 Commonwealth Games held in Melbourne further elevated the position of this outstanding player, as Sharath Kamal became the first ever individual gold medalist. Apart from rejoicing the victory of bagging the individual gold medal, he also played a pivotal role in helping the Indian team clinch gold in the table tennis team event against Singapore. He also has represented the country in the 2006 Asian Games at Qatar. With two gold medals in the kitty, the adrenaline rush was high in Kamal.

Kamal became one of the top players of the country, highly acclaimed and applauded one. Having received motivation and appreciation from the internationally known tennis players, Kamal took part in the championships and leagues, some of which were Spanish First League, Asian Championship, Pro Tour Chile Open, World Table Tennis Championship, Commonwealth Championship and Pro Tour Japan Open. In 2007, he was the first Indian to win the Pyongyong Invitational Tournament held at Pyongyong, North Korea. However, his was best was when Kamal defeated World No. 19, Lee Jung Woo, reaching his career best ranking of World No. 73.