Arjuna said, O mighty-armed one, I wish to understand the purpose of renunciation [tyaga] and of the renounced order of life [sannyasa], O killer of the Kesi demon, Hrsikesa.

As in the Second Chapter a synopsis of the whole subject matter was described, similarly, in the Eighteenth Chapter also the summary of all instruction is given. The purpose of life is indicated to be renunciation and attainment of the transcendental position above the three material modes of nature. Arjuna wants to clarify the two distinct subject matters of Bhagavad-gita, namely renunciation (tyaga) and the renounced order of life (sannyasa). Thus he is asking the meaning of these two words.

Two words used in this verse to address the Supreme Lord–Hrsikesa and Kesi-nisudana–are significant. Hrsikesa is Krishna, the master of all senses, who can always help us attain mental serenity. Arjuna requests Him to summarize everything in such a way that he can remain equipoised. Yet he has some doubts, and doubts are always compared to demons. He therefore addresses Krishna as Kesi-nisudana. Kesi was a most formidable demon who was killed by the Lord; now Arjuna is expecting Krishna to kill the demon of doubt. 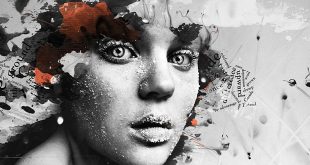