Uses: It is Diuretic, Emollient and Cooling. Used in inflamatory conditions of mucous membrane of gastro intestinal and genitourinary tracts. Very well known as a laxative. It restores proper bowel movements and ued in treatment of chronic constipation, amoebic and bucillary dysentery. Psyllium husk and seeds are formal Pharmacopoeia. 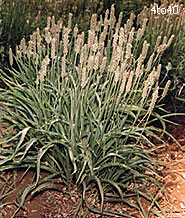 Psyllium or Ispaghula is the common name used for several members of the plant genus Plantago whose seeds are used commercially for the production of mucilage. Psyllium seed husks also known as ispaghula, isabgol, or simply as psyllium, are portions of the seeds of the plant Plantago ovata, (genus Plantago), a native of India and Pakistan. They are soluble in water, expanding and becoming mucilaginous when wet.

Psyllium seed husks are indigestible in human beings and are often used as a source of dietary fiber. They are used to relieve constipation, irritable bowel syndrome, diverticular disease, and diarrhea. They are also used as a regular dietary supplement to improve and maintain regular GI transit. The inert bulk of the husks helps provide a constant volume of solid material irrespective of other aspects of the diet or any disease condition of the gut. Some recent research is also showing them to be promising in lowering cholesterol and controlling diabetes.

The genus Plantago contains over 200 species. P. ovata and P. psyllium are produced commercially in several European countries, the former Soviet Union, Pakistan, and India. Plantago seed, known commercially as black, French, or Spanish psyllium, is obtained from P. psyllium L., also known as P. arenaria. Seed produced from P. ovata is known in trading circles as white or blonde psyllium, Indian plantago, or Isabgol. Isabgol, the common name in Pakistan and India for P. ovata, comes from the Persian words asb and ghol, meaning “horse flower,” which is descriptive of the shape of the seed. India dominates the world market in the production and export of psyllium. Psyllium research and field trials in the U.S. have been conducted mainly in Arizona and Washington state.

Recent interest in psyllium has arisen primarily due to its use as an ingredient in high-fiber breakfast cereals, which is claimed to be effective in reducing blood cholesterol levels in those who consume it. Several studies point to a cholesterol reduction attributed to a diet that includes dietary fiber such as psyllium. Research reported in The American Journal of Clinical Nutrition concludes that the use of soluble-fiber cereals is an effective and well-tolerated part of a prudent diet for the treatment of mild to moderate hypercholesterolemia. Research also indicates that psyllium incorporated into food products is more effective at reducing blood glucose response than use of a soluble-fiber supplement that is separate from the food. Although the cholesterol-reducing and glycemic-response properties of psyllium-containing foods are fairly well documented, the effect of long-term inclusion of psyllium in the diet has not been determined. Cases of allergic reaction to psyllium-containing cereal have been documented.

The fields are generally irrigated prior to seeding to achieve ideal soil moisture, to enhance seed soil contact, and to avoid burying the seed too deeply as a result of later irrigations or rainfall. Maximum germination occurs at a seeding depth of 6 mm (1/4 in). Emerging seedlings are frost sensitive, therefore planting should be delayed until conditions are expected to remain frost free. Seed is broadcast at 5.5 to 8.25 kg/hectare (5 to 7.5 lb/acre) in India. In Arizona trials, seeding rates of 22 to 27.5 kg/ha (20 to 25 lb/acre) resulted in stands of 1 plant/25mm (1 inch) in 15 cm (6 inch) rows produced excellent yields. Weed control is normally achieved by one or two hand weedings early in the growing season. Control of weeds by pre-plant irrigation that germinates weed seeds followed by shallow tillage may be effective on fields with minimal weed pressure. Psyllium is a poor competitor with most weed species.