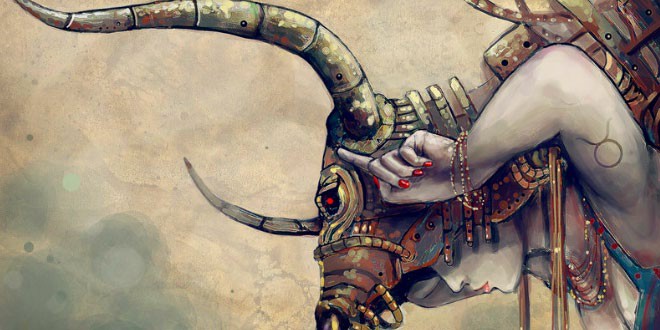 Taurus is the second astrological sign in the present Zodiac. It spans the 30 – 60th degree of the zodiac, between 27.25 and 54.75 degree of celestial longitude. Under the tropic zodiac, the Sun transits this area on average between April 21 and May 21 each year. Under the sidereal zodiac, the sun currently transits the constellation of Taurus from May 16 to June 15 (approximately). People born between these dates, depending on which system of astrology they subscribe to, may be called Taureans. The symbol of the bull is based on the Cretan Bull, the white bull that fathered the Minotaur and was killed by Theseus.

The sun is in steady fellow earth sign Capricorn to start the month, so you’re familiar with the responsible energy in the air. If you’ve got some things left over that you didn’t get done at the end of last year, this is a good time to play catch-up. Put cleaning and organizing at the top of your list.

Powerful Mars enters your patient sign on January 6, so you aren’t as aggressive as this planet might make you while in other signs, but you still demand respect and their full attention. Your finances are a big focus now. Don’t be too stubborn to listen to someone who could help you improve your bottom line.

Your home planet Venus trines aggressive Mars on the ninth, creating an attractive balance in your life. You can be direct now without coming on too strong, which is great for getting what you want.

Forward-thinking Uranus goes direct while partnered with your traditional sign on January 14, creating an interesting mix of old and new thoughts. You’re more open now to new ideas and perspectives, but you still want to hang on to most of your own opinions. Talking to people with other life experiences can be very meaningful now.