Taurus Aries Compatibility: Birth, Love, Sex, Marriage, Business Partnership — An Aries is always in a hurry and has to do everything right now. On the other hand, a Taurean takes his own sweet time to fully understand a situation, form a definite opinion and then, take a particular course of action. The Aries individual is prone to “fall” every now and then, and his Taurus counterpart is bound to react with “I told you so” attitude. This can create some problems as far as the love compatibility between both the zodiacs is concerned. Each one of the duo has to respect the viewpoint of the other.

If this balance is achieved, both the sun signs can beautifully complement each other. Taurus can give stability and dedication to the impulsiveness of an Aries and Aries can help in bringing some more excitement in the life of a somber Taurus. However, an Aries individual may sometimes become annoyed with the seriousness of a Taurean. The relationship may face a little time problem too. Aries likes to get things done yesterday, while Taurus always plans for the future. If they manage to understand each other’s temperament this relationship can go places.

Astrologically speaking, the match between an Aries man and Taurus woman was never made in heaven. The initial affection may soon lead to nagging and fighting. The reason for this is that he doesn’t take life too seriously and she is too practical for his reckless behavior. She may like to spend some time with him alone, in the comfort of their house, which may make him feel tied down. Though the passion of an Aries man may interest a Taurus woman initially, she may ultimately get irritated by his ego and too much boldness.

A Taurus man loves his home and for him, romance is getting cozy by the hearth. On the other hand, an Aries woman wants to go out every now and then, doing new things and indulging in new activities. There may also be a clash on the money front. He doesn’t like spending money on unnecessary things, while she is extravagant beyond limits. As long as the Taurean man learns to not let his seriousness put down the free spirit of an Aries woman, this relationship does have chances of succeeding. 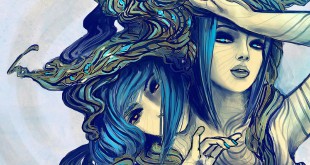