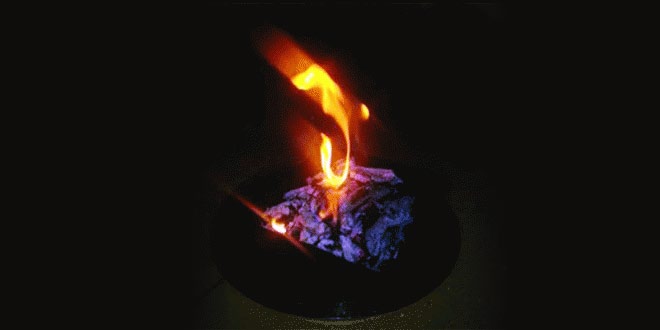 Guru tells you which mantra is to be practiced, for how long, the correct uchharan and bhaav, says Yogi Ashwini

Lord Ganesha is the swami of Riddhi and Siddhi. Riddhi is the force responsible for prosperity and abundance — material riches and luxury pertaining to five senses. Siddhi refers to spiritual powers, like extra-sensory perception, clairvoyance, clairaudience, premonition, thought manifestation etc.

Ganesha was born of the dirt of Mata Adi Shakti as she took bath, indicating that all the riddhi and siddhi in creation are nothing but a spec of dirt of the phenomenal force of the mother. Ganesha is the deity closest to physical creation, the lord of riddhi and siddhi, which are nothing but maya or unreality. They temporary and are bound to leave. Majority spend their life chasing these, forgetting the temporary nature of these forces and oblivious to what lies beyond. Ganesha is first deity, pratham pujya, just the first step to the phenomenal experiences of the world of spirit.

Ganesha manifested at a time when impurities started creeping into society. In due course of time, as the worldly desires took precedence over spiritual pursuits of ordinary men, different mantras and sadhnas were prescribed to invoke different aspects of Ganesha, to fulfill specific desires in the realm of the physical, the grossest layer of creation.

Uchchhishta Ganapati is invoked through specific mantras as a giver of boons, as a protector of motherland or to develop mastery over the five senses. Heramba is the five-headed form of Ganapati, golden in colour and riding a lion. This 10-armed deity is invoked for fearlessness and to defeat ones enemies. Mahaganapati form corresponds to wealth and pleasures, the bestower of bliss. The red-golden Balaganapati is called upon for good health and bright future. Haridra Ganapati with his turmeric complexion and yellow vestments is the harbinger of prosperity and protection.

Shwetark Ganpati is white in colour and is said to exist in the root of madar plant, a rare variety of madar which bears white flowers instead of common purple flowers. Shwetark Ganpati brings vitality, vigour, strength when kept in bedroom; intelligence, concentration when kept in study room; spiritual powers when worshiped in puja room, brings luck and prosperity and frees the house from evil influences all the time.

These sadhnas are extremely potent. They are given according to one’s individual requirement and capacity by the guru, who is himself a siddha and does not charge a fee. They are a personal relationship between the guru and shishya, not to be discussed and never taught en masse. When the guru gives the mantra, blessings follow, but then it’s imperative to balance out that karma since every action has an equal and opposite reaction, every pleasure has a pain attached to it, for which the guru shows the way.

Guru guides the practitioner on which mantra is to be practiced, for how long, the correct uchharan andbhaav, and practices to complement the sadhna. At the completion of the mantra sadhna, a yagya is performed for the siddhi of mantra. One of the safest mantras to practice for manifestation of the shakti of Ganesha is ‘Gama ganpataye namah’ but this too has to be channelized by the guru for desired effects.

The success of the sadhna is indicated by the manifestation of the deity in the yagya agni. Sadhaks at Dhyan Ashram, who have been seriously practicing the various mantra siddhis, have had physical manifestations of the various gods.

Previous Why Lord Ganesha Has Only One Tusk?
Next Ganesh Chaturthi: Birthday of Lord Ganesh